Published on 12 Nov 2013 at 8:08 pm.
Filed under Google,Informative,Mobile,Social Media.

Google has recently released information about what new features are coming in Android 4.4 (KitKat). Here’s what you can expect.

Why the name KitKat for Android 4.4? 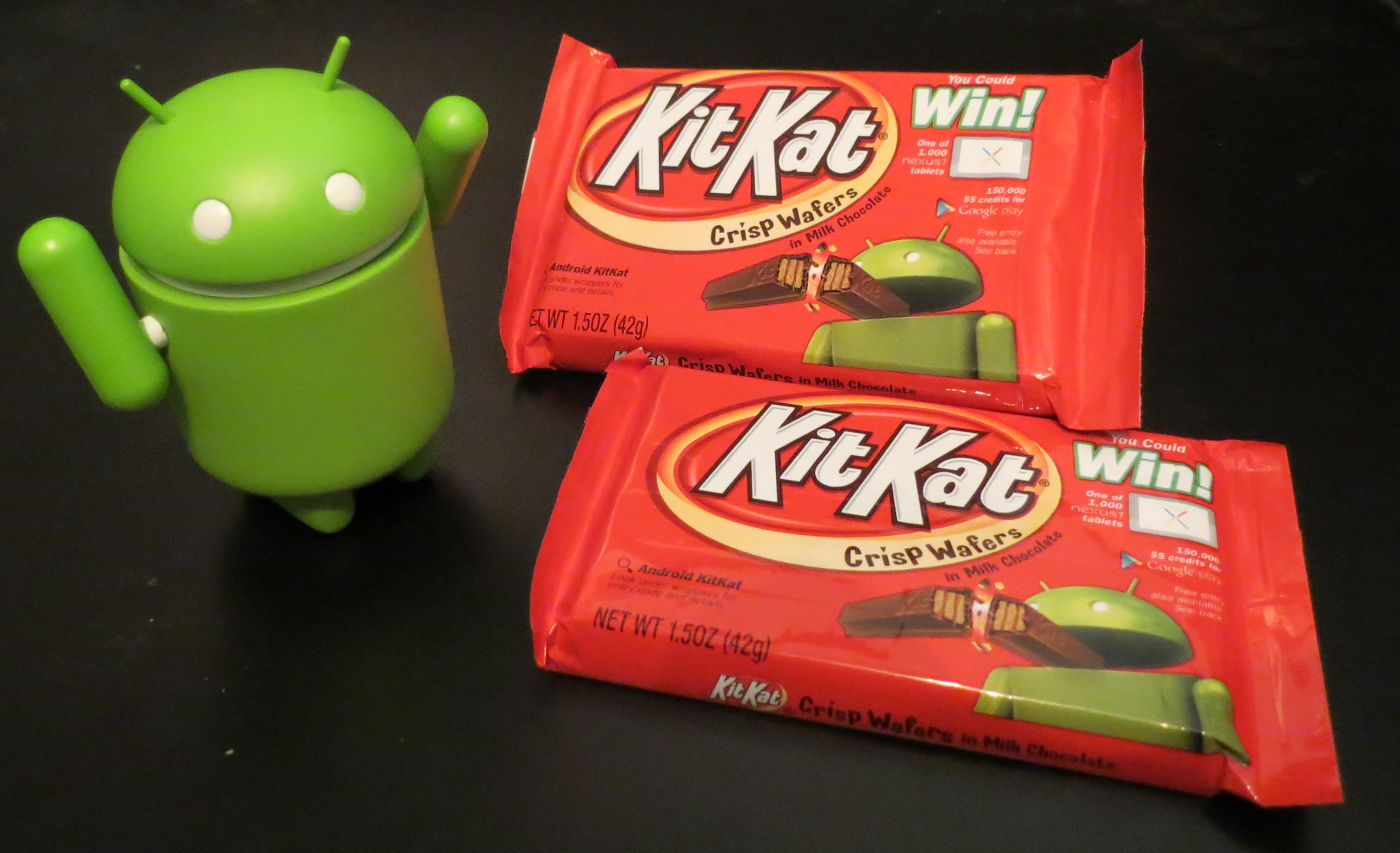 Hooray! Android 4.4 KitKat is on the way!

Let me start off by talking about the name KitKat. Google has named each version of Android after food with each new version starting with the next letter in the alphabet. At the ‘k’ level they had initially planned on calling it “Key Lime Pie” until Google realized that very few people know the taste of key lime pie. One of the developers noticed that they had a lot of KitKats in the vending machines and suggested the name. Google contacted Nestle about a partnership. Nestle had no issue with the partnership and the name stuck.

One feature that is making headlines is the new dialer. Users can search for a business’ phone number from the dialer. Additionally Android 4.4 will display the business’ photo when the user receives a call. This information comes from your Google+ Local listing. This makes it even more important for your company to focus your efforts on business directory optimization.

Further changes to the dialer are on the way. Next year Google will integrate your Google+ profile picture into the dialer. For those with privacy concerns please visit your Google account settings page. You can opt-out of this feature by removing the check for “Help people who have your phone number find you on Google services and connect with you.”

The next big feature that is making headlines is the inclusion of QuickOffice. QuickOffice is a free office suite that can edit documents, spreadsheets, and presentation created in Microsoft Office. Many bloggers are taking this as a direct attack on Microsoft’s killer-app on Windows. While I guess that’s true, it’s not as big of a deal as they are making. It’s already a free app in the Play Store and iTunes. Google is just including it as a pre-installed in Android 4.4. It really is an okay app. For many people it’s good-enough. Just don’t expect the same experience as Microsoft Office.

The last big feature is the new Google Experience Launcher. The Google Experience launcher is actually just a stub for the default Google Search app installed on every Android phone. This means that Google can offer the stock Android look to every KitKat device. Carriers and OEMs cannot remove this feature. With this Google could give users the ability to switch out from Samsung’s TouchWiz, Facebook Home, or HTC Sense. As of the time of this writing the Nexus 5 is the only device to support Android 4.4 so we do not know if Google will do this. I’m hoping that they include this as an option so that the user can make their own choice.

There are a couple of smaller features that aren’t making headlines, but are still welcome additions in Android 4.4:

This post was originally published as Android 4.4 KitKat Features for Brand Builder Websites.