« Local Reviews for your BusinessApple WWDC 2014 »

We’ve all heard that the mobile industry is growing. Here are the numbers where things stand in 2014.

We have now reached the point where there is an active mobile subscription for every person on the planet. Not just adults but every single person. There are presently 7.1 billion living people on the planet and for every one of them there is an active mobile subscription. To put things in context if you add up every desktop, laptop, notebook, and TV you only get 2 billion. The mobile industry is 3.5 times bigger than all of them.

You might wonder just how this is possible? Surely no one has an account for their two-year old. So how did this number get so large? 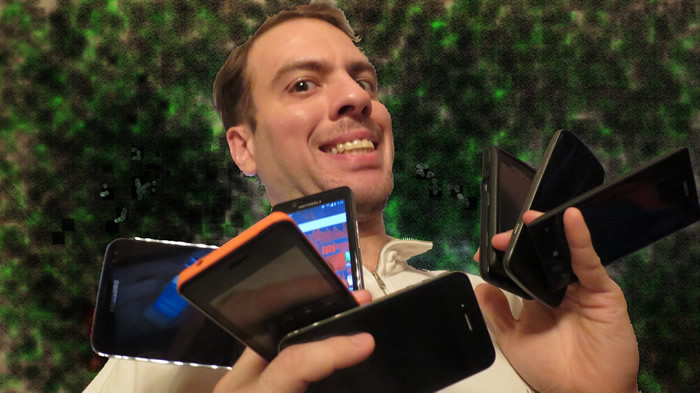 Globally the number of unique users totals 4.5 billion. The remaining 2.6 billion accounts come from people with multiple accounts. When you take this into consideration this in you find that 1 out of every 5 people are carrying at least 1 extra cell phone on them.

As someone who loves to build mobile websites I would love to claim that these mobile subscribers are on smartphones. But that’s not the case. Roughly 1.7 billion of that number are using smartphones, with about 0.6 billion expected to convert over this year.

From that number Android has won the smartphone OS war in a landslide. They have over 80% of the global market. Apple’s iOS has declined to 15%. They are much higher in the US. The remaining percentage goes to Symbian, BlackBerry, and Windows Phone. Firefox OS is too new to accurately count. Expect Windows Phone and Firefox OS to climb at least slightly over the next year. Further Symbian development is dead so expect that number to decline. While they’re not discontinued, I’d expect BlackBerry to decline as well.

Mobile Industry: Who is Making Money?

Most of the money goes to Apple and Samsung. The exact winner between the two is difficult to calculate. Counting all smart and mobile devices like smartphones, feature phones, tablets, mp3 players, and smart TV/blu-ray players means that Samsung outsells Apple by more than 2-1. While we can break that number down to just phones for Samsung we cannot do the same for Apple. Apple lumps the iPhone revenue with the revenue from the app store. Including revenue for iPad apps. Looking at these numbers means that Apple’s iPhone and app stores led Samsung’s smartphones and feature phones by 112 billion to 109 billion.

After them comes the cell phone companies. These companies, commonly called operators, dominate the rest of the mobile industry. China Mobile is the largest operator in the world, followed by Verizon and AT&T. For those curious about the other two major carriers in America, T-Mobile makes more money than Sprint.

Finally we come to mobile ad revenue. Mobile ad revenue has doubled each year for the last few years. Last year they made 30 billion. If that trend continues the mobile ad industry could beat the all of T-Mobile’s revenue.

Most data from this post came from the recently published TomiAhonen Almanac 2014.

This post was originally published as Mobile Industry Numbers 2014 for Brand Builder Websites.