Schema Markup in 1/3 of Google Results

Published on 7 May 2014 at 7:43 pm.
Filed under Google,Informative,Search Engine Optimization.

Why do 0.3% of sites use schema markup when some form of schema is in 36% of Google search results?

What is Schema Markup?

A few years back Google, Bing, and Yahoo realized that they could produce better search results if websites were more clear about the content on the page. They formed the site schema.org to list schemas that defines the structured data needed by search engines. This data has proven itself useful and other search engines like Russia’s popular Yandex search engine has joined the initiative.

Why Should I use Schema Markup?

Schema markup makes proven, verifiable improvements to search results. By adding schema markup to you site you can: 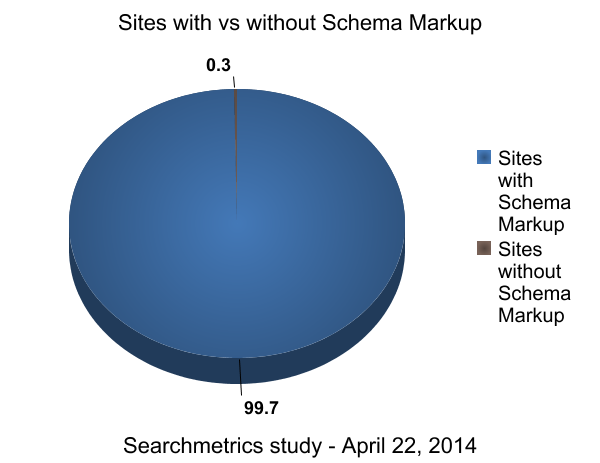 This metric is astounding when you remember that they found that schema appeared in 36% of search results. There are a couple of reasons why this number is so high:

Does my site use Schema Markup?

You can check to see if your site uses schema markup with Google’s Structured Data Testing Tool. You’re going to want to see results that specifically mention schema.org or data-vocabulary.org in them. This tool also lists Google Authorship information and Facebook open graph information (saying something like rfda-node) in the results. This information is not the structured data that search engines are looking for. Those are useful tools for social media marketing that you should also include. Just don’t mistake them for structured data needed for search engines.

This post was originally published as Schema Markup in 1/3 of Google Results for Brand Builder Websites.