The Unpacked 2013 Episode 2 event introduced the world to new products from Samsung — the Galaxy Note 3 and the Galaxy Gear smartwatch.

Faux-leather back of the Galaxy Note 3.

The Galaxy Note 3 is a great device. It has a 5.7-inch screen running at full 1080p HD (1920×1080). That gives it a 386 ppi. This powerful smartphone has a 2.3 GHz processor and comes packed with 3 GB of RAM on an eight-core Xcynos Octa chipset! Or a quad-core processor depending on your market.

The Note 3 comes with a 3200 mAh battery to power this device. Samsung chose to alter the back to a faux-leather back to give it a premium look while retaining the ability to have a removable back. This means that you can still purchase extra batteries for your device to swap out if you so choose. You can also install a microSD card for extra storage.

The front-facing camera is 1.9MP. The rear shoots pictures at 13 MP. The camera is impressive enough to record ultra 4K video.

It will launch with Android 4.3 (Jelly Bean), but will be quickly updated to Android 4.4 (KitKat).

Of course, being a Note device the Note 3 comes with the S Pen and multi-window app support. Not only can you run two different apps on the same screen, but you can now run two different windows from the same app! The S Pen now works with a new featured called Air Command. Air Command is a little semi-circle that comes up when a user hovers or taps the S Pen on the screen. From Air Command a user can bring up a few customized apps like the Scrapbook that lets you record a webpage, app, or whatever by drawing a circle and jotting a note for later. 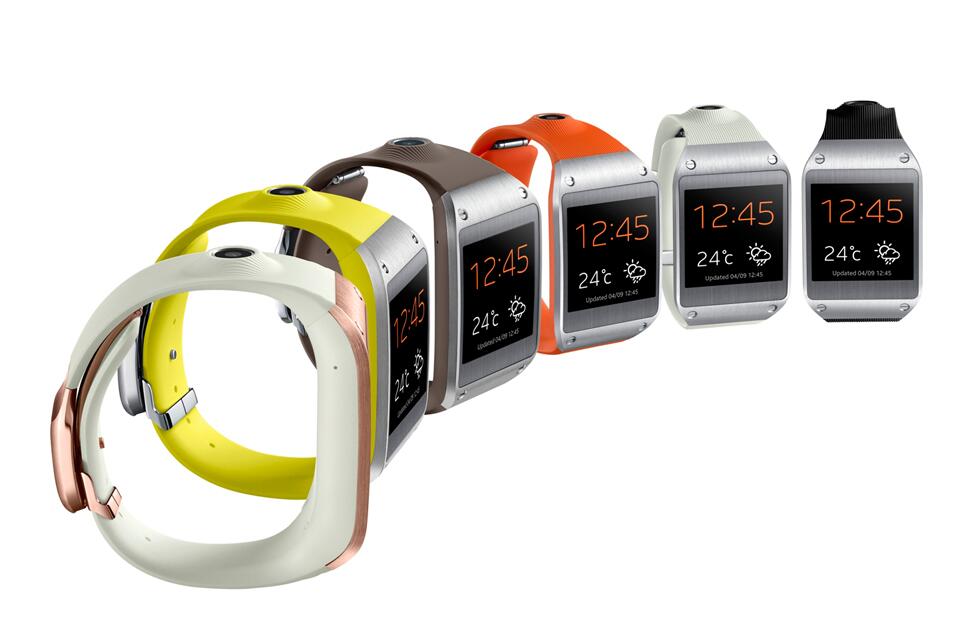 The Galaxy Gear is Samsung’s first foray into wearable devices. Longtime readers may remember the rumor of an iWatch by Apple early last year. As someone who just broke his smartphone during a biking accident on Monday I am very happy by this announcement. I love using my Android phone to track miles and time during my work out. I also like to do things from a mobile device like check-in on Foursquare. But a smartphone is bulky and can easily break when it hits pavement at high speeds. A watch is smaller and far less likely to get damaged during a fall.

Unfortunately that day is not quite there. Galaxy Gear is a $299 accessory to a Galaxy device over bluetooth. It is a 1.63 inch device running a 320×320 resolution (277 ppi). It can read and respond to text and e-mails. The Galaxy Gear can answer phone calls by simply placing your hand close to your head. This is good, because hands-on with the device indicates that the volume is quite low.

It takes point and shoot to a new level. Simply point your wrist at something to take photos or video.

It’s not what I’m looking for, but it’s getting there. Hopefully in a year or two we’ll have smartwatches that do not need to piggy-back on a home device.

This post was originally published as Samsung Unpacked 2013 for Brand Builder Websites.