Published on 19 Aug 2013 at 8:00 pm.
Filed under Mobile,Reviews,Search Engine Optimization.

Windows Phone 8 presents mobile users a unique experience compared to Android and iOS. We picked up a Nokia Lumia 520 for review.

I’m someone who loves to follow what’s happening in the mobile world. From afar I have found Microsoft’s Windows Phone 8 intriguing. Not enough to give up on my beloved Android, but still intriguing. Recently AT&T added the Nokia Lumia 520 to their no-contract plans. At $100 I felt it was time to pick one up and give Windows Phone a try. 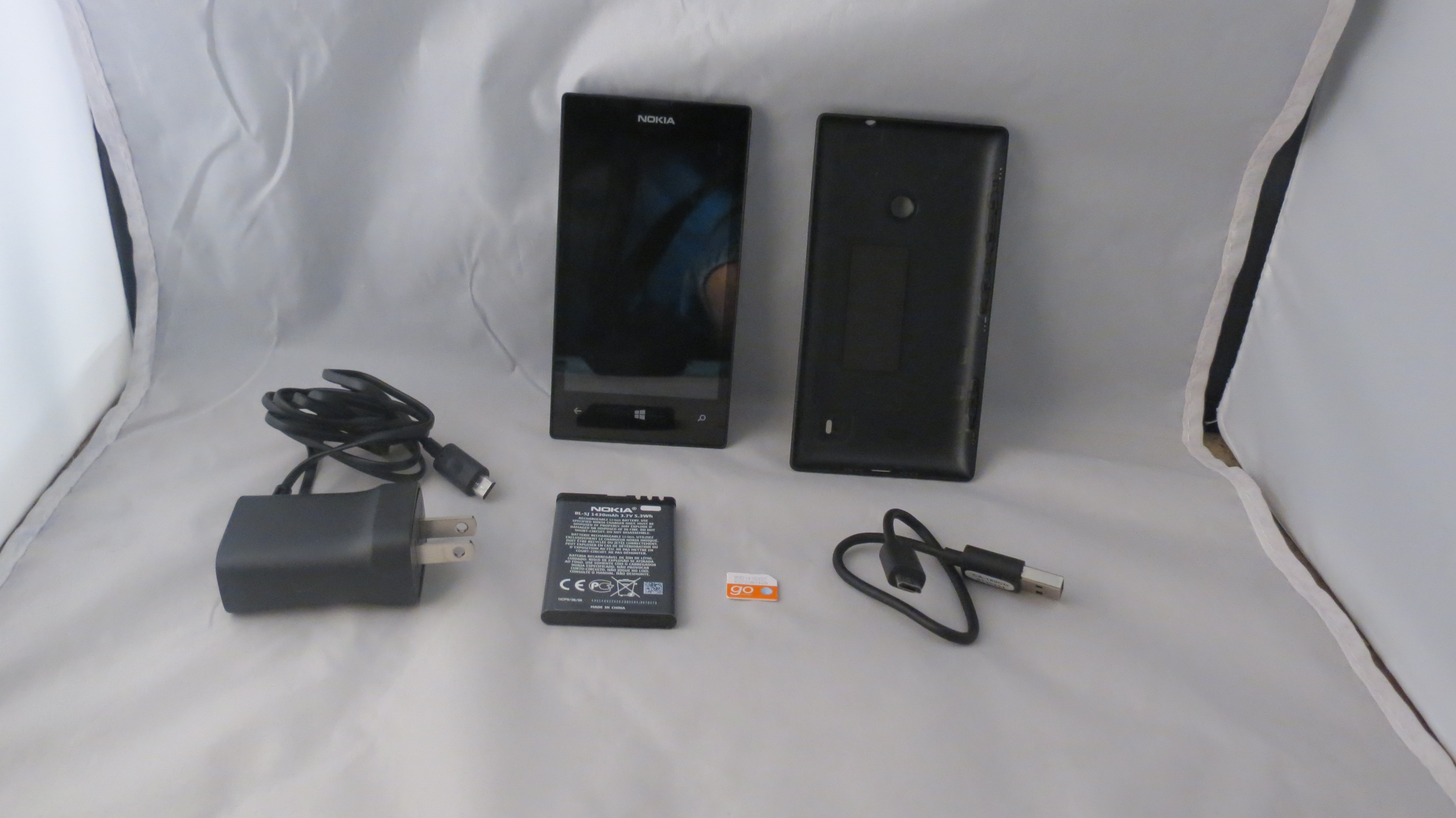 The Nokia Lumia 520 specs make it a low to mid-range smartphone. It has a 4″ screen running a WVGA (800×480) resolution. This gives it a total pixel density of 235 ppi on an IPS LCD display. The WVGA resolution is the smallest of the three resolutions supported by Windows Phone 8. 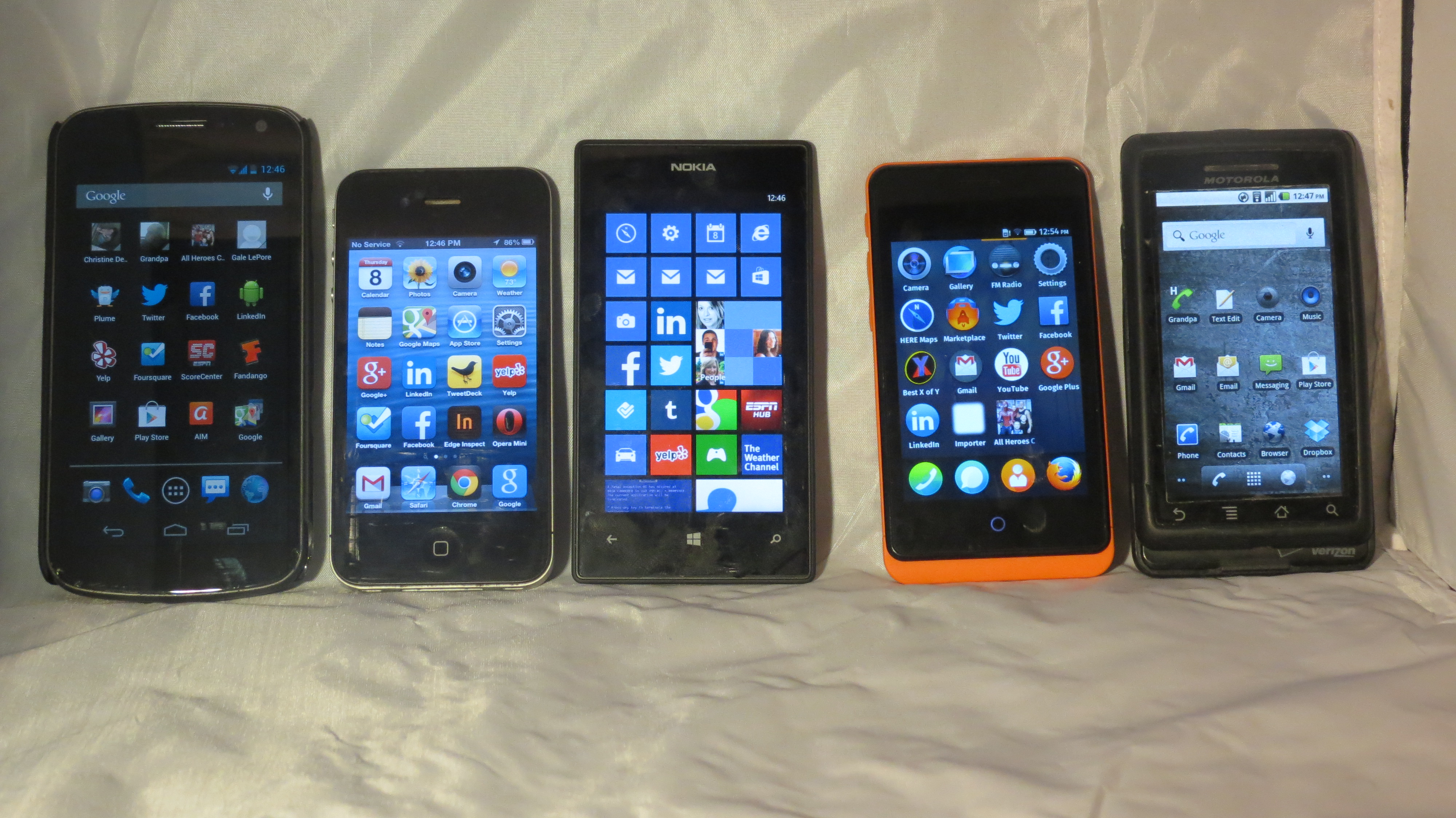 From left to right: The Galaxy Nexus, the iPhone 4, the Nokia Lumia 520, the Firefox OS Keon, and the original Droid. 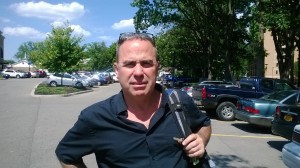 Nokia loves to promote their cameras. Between the release of the 41 MP camera in the Nokia Lumia 1020 and the recent Apple ad parody Nokia is taking the fight to their competitors. Does it stack up? The 5 MP sensor in this camera is far lower than the one in the Lumia 1020, but still better than most smartphone cameras. I’m impressed.

This phone comes with 8 GB of internal storage. It can support an extra 64 GB microSD card. It only comes with 512 MB of RAM. This limits the amount of apps you can run.

If you’re interested in trying the Nokia Lumia 520 for yourself you can find it on Amazon for the same price as AT&T. None of the AT&T stores in Rochester had them in stock on July 26th. I don’t think AT&T stores are doing a good job with stocking them so I recommend going to Amazon. 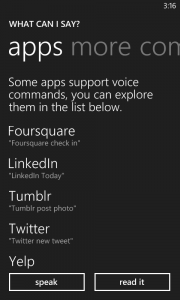 Windows Phone 8 follows Windows 8 in support for Live Tiles. Live Tiles are tiles that are accessible from your home screen that represent apps. While the primary tile is static an app may include multiple tiles that it rotates through. These tiles can pull information dynamically such as the weather or photos from Facebook.

Voice commands are pretty common in mobile operating systems. Android supports Google Now. Apple’s iOS has Siri. In both of those cases you only have the commands that Google or Apple want you to have. This is not the case with Windows Phone. Third-party app developers can add their own voice commands. Foursquare, LinkedIn, Tumblr, Twitter, and Yelp support voice commands. Surprisingly Facebook, which has a close relationship with Microsoft, does not have support voice commands. It’s even more confusing when you consider that Microsoft made the Facebook app.

The lock screen supposedly supports up to six apps at once. One main app, and five quick status apps. I have never been able to view them so I cannot speak for how well this works. I don’t know if the issue is that this phone has so low powered compared to the higher numbered Nokia Lumia phones.

Unlike Windows 8, you can sync your Google app calendars and contacts to the phone. For now at least …. 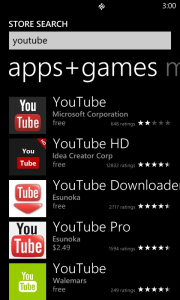 Notice anything with those omissions? Google is doing the bare minimum with regards to support for Windows Phone. They created a search app, and have worked Microsoft to allow support for contacts/email/calendar, but that’s it. The YouTube app was developed by Microsoft. Despite being the most popular mobile app in the world, Google Maps does not exist for Windows Phone. For a time they even blocked access to the mobile version.

Windows Phone does not support non-IE based web browsers. Mozilla has stated they have no intention to port Firefox to operating systems that prevent them from running their native rendering engine.

I’m not a fan of the on-screen keyboard. I actually like the fact that it’s smart enough to include “.com” as a button when I’m entering an email address or a web page. I’m just really annoyed that I can’t choose to enter text through voice input like on Android.

Besides the major problem with the lack of apps comes an issue with screen sizes. At the time of this writing the largest resolution possible is 720p. An update coming later this year will bring support for 1080p and 5-inch screens. This update will also include a unified notification center and quad-core Qualcomm processors. Until then I have to find Windows Phone wanting.

One of the major tweaks by Nokia to Windows Phone actually plays a role on your local SEO strategy. By default Windows Phone uses Bing Maps as their mapping app. Nokia has replaced this app with the Nokia maps app powered by HERE. This means that you must optimize your profile on both services to fully cover the Windows Phone market. With Nokia making up 85% of the Windows Phone market I would recommend you start by optimizing the listing on HERE. HERE is also the primary mapping service for Firefox OS so you’re covered when devices start landing in America next year.

A Lumia device would not be complete without something special for the camera. The Nokia Lumia 520 comes with two exclusive lenses — Cinemagraph and Smart Shoot. Cinemagraph lets you apply effects and motion to your photos. Smart Shoot takes multiple shots at one and lets you pick the best photo. I had some fun creating animated GIFs of my dogs with Cinemagraph. 🙂