« BlackBerry 10Gift Ideas From The Web »

Published on 11 Mar 2013 at 8:49 pm.
Filed under Informative,Marketing,Mobile,Social Media.

In today’s always-on world, second screen marketing through social media networks, mobile apps, and custom websites is on the rise.

What is Second Screen Marketing?

Second screen marketing is the act of online marketing to people viewing a television program. The television show and its advertisers will urge viewers to voice their opinion through a variety of channels. These channels include social media networks, mobile apps, and custom websites.

Social media marketing is by far the easiest form of second screen marketing. Many TV shows now have a Twitter hashtag overlay in the corner of the screen. They urge viewers to include that hashtag in their tweets. This makes it very easy for the program to gather direct feedback from their audience. They may even encourage users to vote with different hashtags. 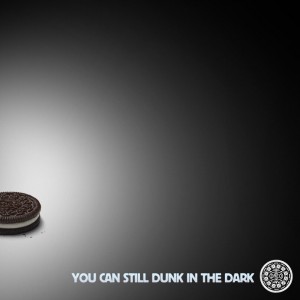 It also makes it easier for other non-advertisers to gather free publicity. Take Oreo’s reaction to the black out that occurred during the Super Bowl. They recognized that many users had taken to Twitter to kill time until the game resumed. They put out a simple tweet with a graphic that reminded users that you can still dunk in the dark. It resonated with consumers. It was whimsical. It didn’t cost them millions of dollars like the commercial they ran in the first quarter.

Brands do not need to come up with their own message. The Iron Man 3 trailer aired during the first start of the blackout. Marvel Comics engaged in second screen marketing by encouraging people to visit their Facebook page. They then took to Twitter and saw yours truly jokingly credit them for the blackout. I said they did it to give us time to watch the trailer. They liked it and retweeted it to all of their followers.

The Super Bowl power outage was clearly done by @marvel to give us time to head to #Facebook and watch the extended #IronMan3 spot.

This tweet was favorited by over a hundred people. Nearly three times that many retweeted it to their followers. I appreciated being recognized by a brand I love. Marvel appreciated that they had a fun response to the black out. It drove their message with a simple click of the retweet button.

A television show can urge viewers to download their mobile app by offering them exclusive content. This usually happens during commercial breaks. This increased engagement makes loyal viewers. Unfortunately it risks upsetting advertisers.

Once a user has downloaded the app the television show can develop in-house analytics. They can even sell in-app ads to users on specific versions of the mobile app. Imagine Samsung paying to advertise their latest Android smartphone to users of the iPhone app.

Custom website allow second screen marketers many of the benefits of a mobile app. It also opens them to a larger audience. While many users watch television from their couch with a smartphone or a tablet, others will sit at their computer while watching the show. This allows marketers access to consumers that do not have a mobile device. While this is good, it makes it more difficult to target a specific audience.

This post as originally published as Second Screen Marketing for The BrandBuilder Company.