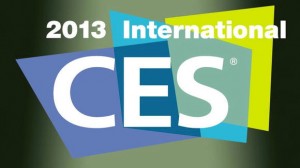 The Consumer Electronics Show (CES) 2013 began earlier this week. Here are some of the notable highlights that have come out so far.

At 20 inches one has to seriously question calling this a tablet. There is no word on price or availability at this time.

As one may expect, the internal battery is poor. It has a 2 hour internal battery life. Truthfully speaking, I cannot see consumers lugging this around from place to place. I expect a business to mount this tablet somewhere and keep it plugged in all the time.

Samsung has shown off a prototype device that has a bendable screen. The end goal is to have a device such as tablet that users can fold. Imagine a tablet that can fold into a smartphone. This looks like Samsung has one-upped Apple on the “rounded corners” market. 😉

We recently covered Firefox OS on this blog. We knew that Mozilla was planning to release a phone in Brazil earlier this year. This video is the first I have seen of what they have planned. I honestly did not feel that Firefox OS would be able to deliver on that deadline. From simulators it has felt like the software needed more work. I do not think that the specs that Mozilla are working from are close to finalization. Implementation of specs in such an early stage could cause them problems in the future.

There are now rumors that it could be coming to the US. I cannot see that working out for them. Android and the iPhone make up most of the market in America. Windows Phone is gaining mind share at least, and is slowly growing its market share. BlackBerry still exists and RIM just spent a lot of money developing BlackBerry 10. This means that there is little demand for a new mobile operating system. Firefox OS runs on cheap hardware. This means that companies like Verizon and AT&T will get little kick-back for the devices. It might be useful as a starter phone to convert feature phone users to high-end smartphone users?

At the show Huawei debuted the Ascend Mate — a smartphone with a massive 6.1″ screen. This huge smartphone will run Android 4.1 in a 1280×720 resolution. This puts it at about 240 PPI. Not only does this smartphone have the largest screen I have ever seen, but it has the most powerful battery. It has an incredibly powerful battery clocking in at 4050 mAh. They also claim that it has a faster charge than any other battery in its class.

Canonical recently installed Ubuntu on the Samsung Galaxy Nexus. This showed that Ubuntu on a smartphone is not a pipe dream. It can happen. In fact, performance testers found Ubuntu preferable to Android on the Galaxy Nexus. That is quite impressive.

Canonical will find themselves in a similar place to Mozilla. They may have a very good product, but must fight an uphill battle.

There is a reason Android has the top market share in the mobile world. It is a powerful yet flexible mobile operating system. It is easy to install into on hardware. Case in point: Dacor’s new oven that comes with Android.

The oven comes with a 7″ screen and runs Android 4.0.3. It comes with an app that displays recipes. It has predefined timings for several dishes based off of the serving size. The app also allows you to remotely cook food. It will send notifications your food is ready. An iOS app for the notifications is in development.

Dacor’s oven also comes with access to the Google Play Store. This means you will be able to install any app you wish. You should also be able to browse the web to look up recipes on your own.

The biggest question I have would be on Dacor’s commitment to updating the system. An oven should last you a long time. The installed version of Android will become outdated long before you need to replace the hardware. It won’t have a problem as long as they continue to support the notification software. Of course, the apps available to the Google Play Store will become limited.

This post was originally published as CES 2013 Highlights for The BrandBuilder Company.