It’s that time of year again when NORAD tracks Santa’s progress. In the past they teamed with Google, but something is different this year.

For the past five years NORAD has chosen Google Maps to display Santa’s progress to the world. This year they chose Bing. Not only that but they have created mobile apps for Windows Phone, the Google Play store, the App Store, and a Windows 8 app. They list these apps in that exact order. Look out Android and iOS, Microsoft has you surrounded!

Microsoft is working to gain relevancy in today’s mobile world. From big things such as launching Windows 8 and the Surface tablet to marketing efforts like Spider-Man using Bing. The other day I walked into Verizon looking for a screen wipe and was given one that highlighted Windows Phone and the Lumia 822. Landing a deal that means that millions of people — many impressionable children — will see Santa’s progress on Bing could help them gain traction. Microsoft’s offerings aren’t cool, but they’re showing that they can get the job done. 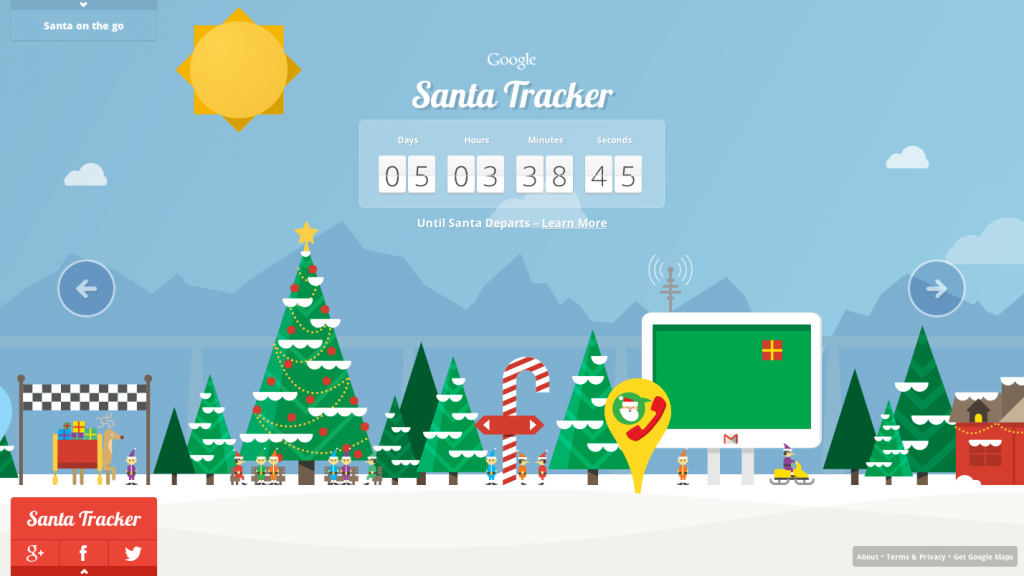 Google is not going to sit this year out. They have stepped up their game. Yes, they have a Santa tracker that uses Google Maps, but they also offer more. They have invited you to Santa’s village! Google has worked with Santa’s elves to make sure that Santa’s reindeer are up to the task.

There are also games like the Elves Jetpack, the Present Drop, and the Sleigh Racer. You can visit the cafeteria, or join in on the briefing. There are a lot of fun, family friendly activities in the Santa Tracker. Besides being a normal website the Santa Tracker is also available as a Chrome app or an Android mobile app.

This post was originally published as Tracking Santa for The BrandBuilder Company.